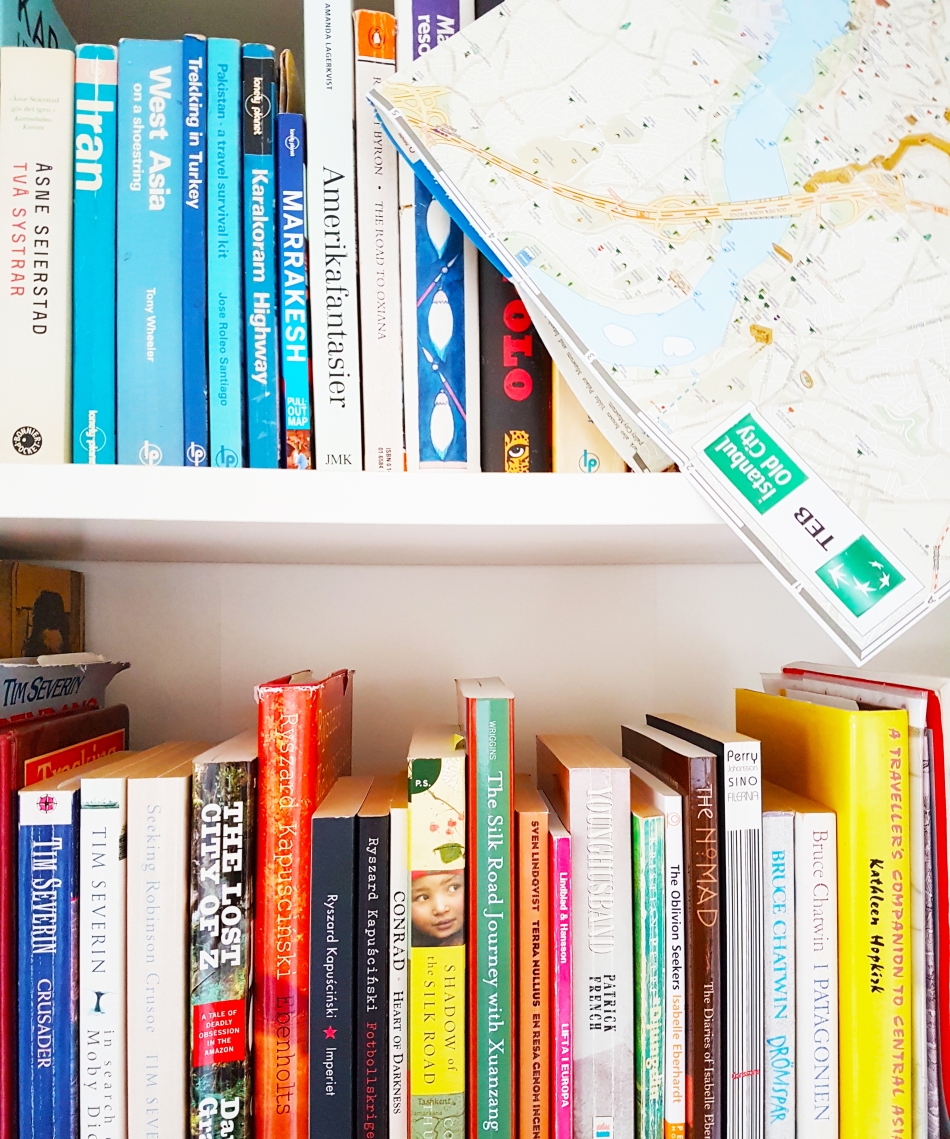 The best historical travel book is Isabelle Eberhardt’s In the Shadow of Islam. Eberhardt travelled north Africa in the early 20th century with an acute sense of detail and a wonderful way with words.

Eberhardt dared to go where few else did, visiting and living in Islamic centres of learning. Her stories from southern Algeria are vibrant, moody and perceptive. She wrote about people, landscape and all sorts of moral, political and esthetical issues getting in her way.

Though not historical travel as such, Eberhardt’s work is history in itself by now and an important window to seldom described aspects of early 20th century life. The manuscript for this, her last book, was found in the house in which she died from a mudslide.

The original, French title of the book should actually translate as “In the warm shadow of Islam” and Eberhardt felt very welcome in north-African Islamic culture, even being one of very few foreigners accepted by the Sufi order Qadiriyya. Isabelle frequently dressed and behaved as contemporary men and also converted to Islam.

Shadows and hearts of Asia
Colin Thubron is another great writer travelling the past while moving along in the present. His Shadow of the Silk Road describes an epic journey from east to west, rich in stories and history.

Thubron has a brilliant way of painting the big, deep historical picture and relating events and people in the present to it, creating thick meaning. The visit to the grave of the yellow emperor at the start of this book, introducing the Silk Road theme, is one of the best literary scenes ever. Thubrons The Lost Heart of Asia is another classic and you should also try To a mountain i Tibet.

Severin’s stories of tracking Marco Polo on motorbike in the 1960s or riding across Europe on the equivalent of a Medieval warhorse, tracing and telling history simultaneously are most inspiring.

In the Elburz
Freya Starks The Valleys of the Assassins is an underrated classic to my mind, in which we get to follow her 1930s explorations in the Elburz mountains of Iran. Stark explores the ruined castles of the odd medieval Assassins sect – not as murderous as legend has it, though not innocent either – and this is an epic account of it. Stark has a rough time in the Iranian mountains describing it very well.

To Oxiana
Some say The Road to Oxiana by Robert Byron is the best travel book ever and there might be a grain of truth to this. Byron writes really well in a personal, diary-style way about a strange overland trip from Venice to British India visiting and evaluating most historical monuments en route. He takes on a somewhat superior art-historical gaze and attitude though, aging less well, though his prose and wonderful descriptions are timeless. There are few better places to meet the architecture of the Timurids than with Byron.

Finding wanderlust
Then, finally, there is Rebecca Solnit. Wanderlust, A history of walking and A field guide to getting lost blends history with all sorts of inspiring and game-changing reflections, not the least regarding travelling, and so does “The Atlas trilogy” about San Francisco, New Orleans and New York. I’m not entirely sure these are historical travel books, but they are certainly required reading for the historical traveller.