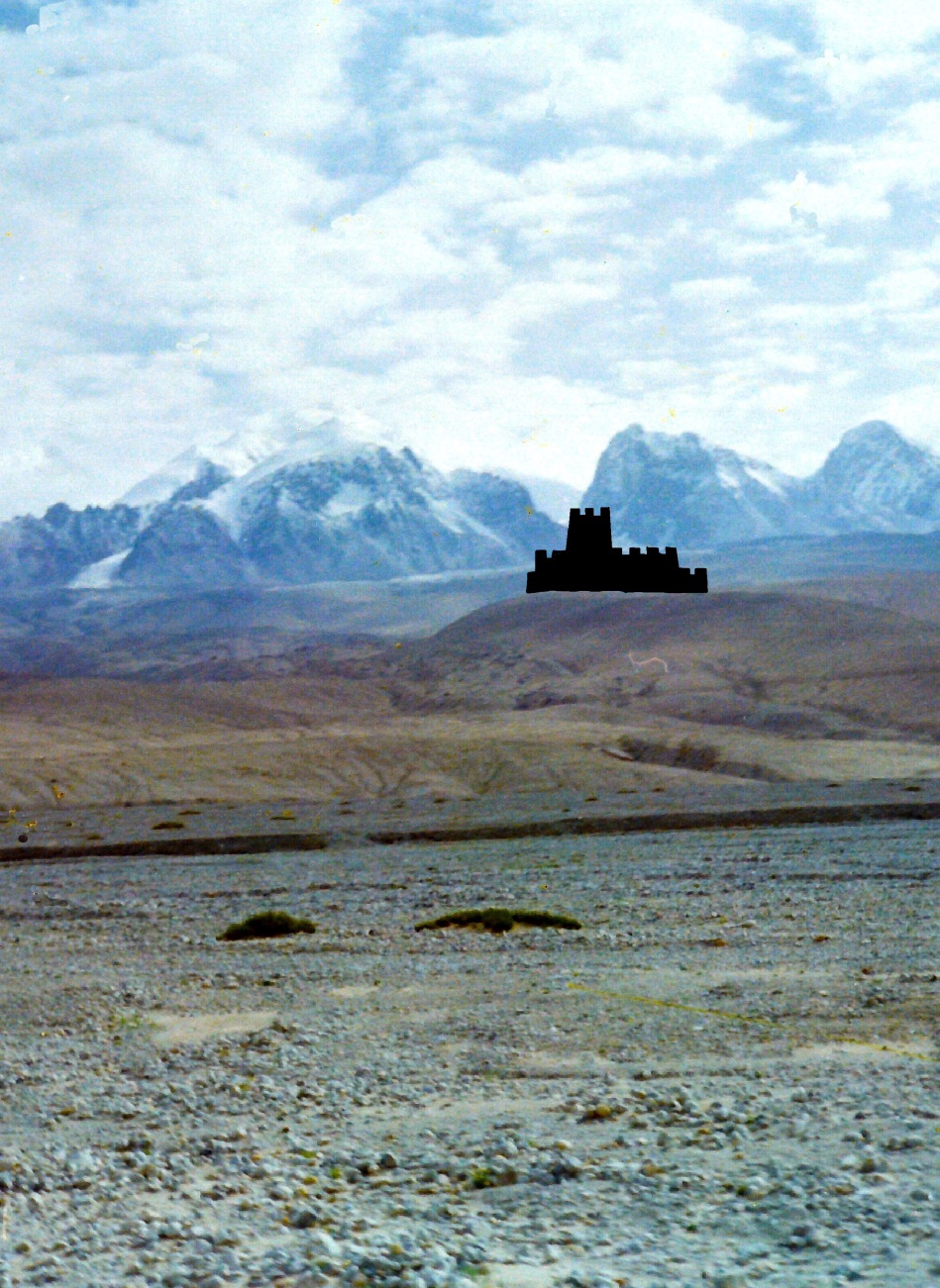 Ancient sources about the Silk Road mention a mysterious place, “The Stone tower”, which was a midpoint between China and the far West and located in the most remote mountain areas of Central Asia.

The Stone tower was a crucial way-point and a place for caravans to rest and store provisions for the long journey, but where was it?

Geographers, historians and early explorers debated the true location of this Stone tower, which is an important historical place for sure. One of the best candidates is Tashkurgan in the west Xinjiang region of present China – a town high up in the Pamir and one of the most remote places on earth. I got there by crossing the Himalayas from the south on the Karakoram Highway.

This is the third in a series of blog posts relating a passage along the Karakoram Highway. Read the first and second one here and here.

After crossing the world’s highest border, between Pakistan and China in the Khunjerab pass, I change to a Chinese bus continuing on the Karakoram Highway. We soon enter the Tashkurgan valley, following the Tashkurgan River northwards and reach the regional capital city of Tashkurgan after just a few hours’ drive.

The name of the city literally means Stone tower. It is flat, earth-colored and full of poplar trees and signs in Chinese that I don’t understand. I am tired beyond belief and crash in the filthiest little cheap hostel you ever saw, the “Pamir”. Some of the floorboards are missing in my dormitory.

We are now in Xinjiang, the westernmost region of present China which is dominated by the great Taklamakan desert and historically a periphery with small kingdoms just outside the main Chinese sphere of power. One of its many minorities, the 40 000 or so strong Mountain Tajiks live here in an autonomous region with Tashkurgan as centre.

The Mountain Tajiks are generally Shia Muslims and speak an eastern Iranian language. Their religious practices are allowed but very restricted.

Tashkurgan has got its name from a large, old fortress sitting on a high hill at the outskirts of the present town. The ruins were off-limits at my visit, unfortunately, but images of it appear directly if you search the web for it. The river valley is otherwise flat and the lone, marked hill with the castle on it must have looked very much like a mighty “Stone tower” to caravans passing here in the old days. And it’s visible for miles.

The place is significant as way-point since this is a last outpost in many ways, At Tashkurgan the Silk Road caravans from China had to make a choice if they were headed south across the Karakoram for the subcontinent or west through the Wakhan corridor of Pamir to present north Afghanistan and the great Silk Road cities there.

Where the Stone tower of ancient sources was really located is probably an unsolvable historical mystery, but a number of factors clearly speak for Tashkurgan.

I leave Tashkurgan on an early morning bus northwards to Kashgar, the oasis town on the rim of the great Taklamakan desert. The Tashkurgan valley is wide, fertile and with small villages and wandering camels and jaks. Here and there are a few Tajik yurts.

The air is supremely clear and the light very sharp. After about two hours on this comparably well kept and paved stretch of the Karakoram Highway we reach the delicately beautiful, blue-grey and perfectly still Kalakule Lake. But above the calm lake towers an untamed giant, notoriously unpredictable.