Have you thought about travelling the Silk Road, the legendary network of overland routes from the Mediterranean to eastern China?

You should, and there is no better guide than Marco Polo, the venetian who was the first westerner to do this journey describing what he saw. When Marco travelled from Venice to Beijing 700 years ago it was like going to the dark side of the moon.

Spellbound by Marco Polos book and its mysteries I followed in his steps some years ago. Who were the strange Assassins sect he writes about, or those worshipping an eternal fire in present Iran? What roads did Marco actually take and could they be travelled again? How could he even do this trip in medieval times without modern equipment? The Mongols, occupying most of Asia, were seen as the legions from hell by Christian Europe, so how did Marco dare to engage with them? 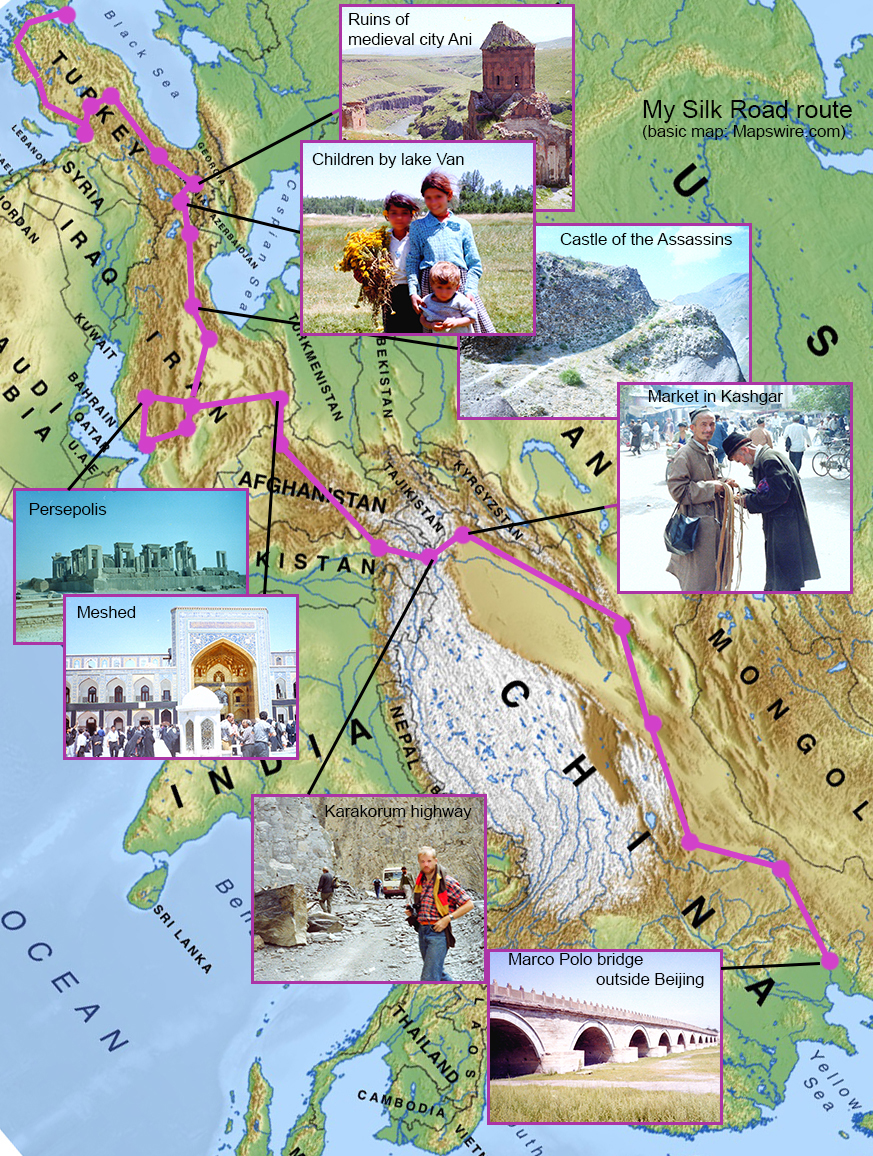 The so-called Silk Road is a network of roads rather than a single route, leading from eastern China over land to the Mediterranian sea in the west. By Marco Polos time they had been travelled by traders and caravans for more than a thousand years already, but very few people travelled all the way. Trade was mostly done back and forth over parts of the network of routes and between great cities such as the silk centres of China and Kashgar, Bokhara, Samarkand, Balkh, Herat, Merv, Tabriz, Bhagdad and Istanbul. The historical importance of these routes is immense. Empires thrived controlling them and fell to armies following them.

Going all the way today you might want to start in Istanbul and end up in Beijing, like I did, going through Turkey, Iran and then either Afghanistan and Pakistan or through the central Asian former Soviet republics and finally across China. It’s a 4 000 miles / 7000 km journey as the crow flies, much longer on the ground. 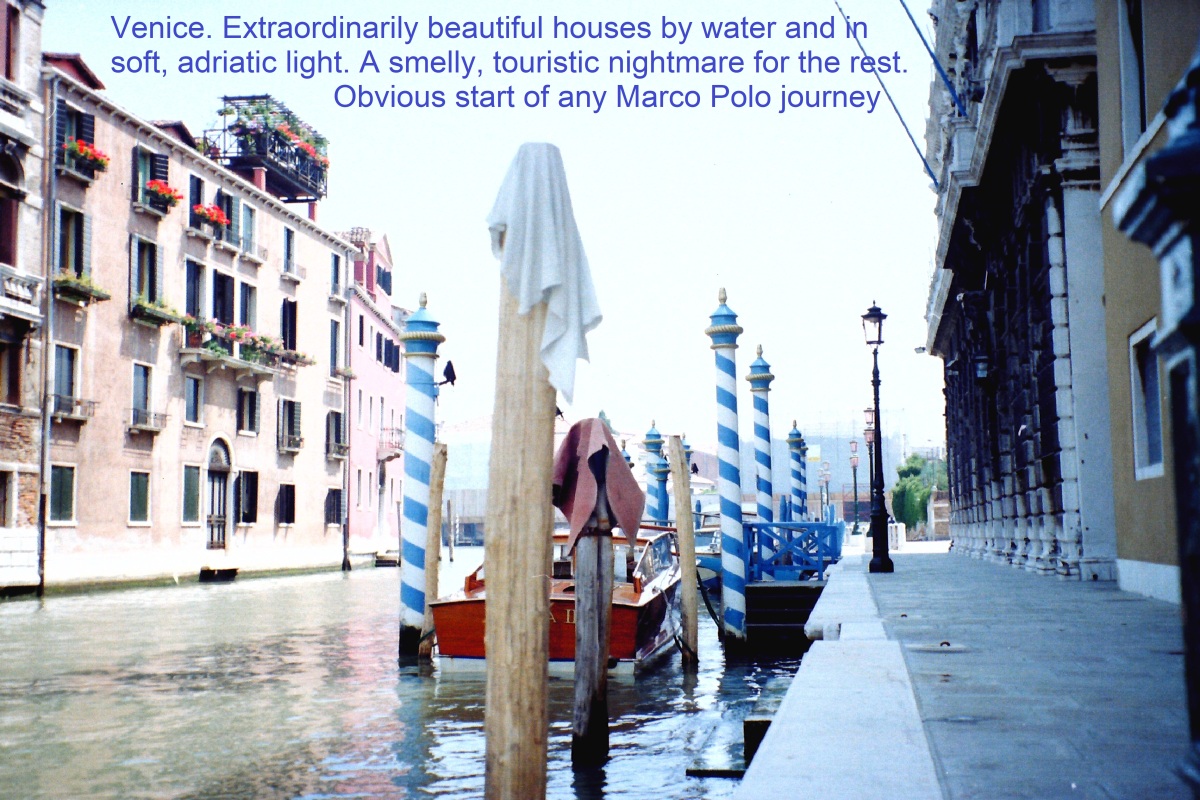 The “oveland trip” from Europe to India was popular during the 1960s and 70s and more or less for anyone though mostly attracting young people, many of which were “hippies” in search of alternative lifeways and seduced by Asian religions or philosophies. The hippie trail eastwards came to an abrupt end though, precisely in 1979 and due to political upheavels. The soviets invaded Afghanistan this year and a religious movement dethroned the Shah of Iran, creating an Islamic republic.

Since then there have been wars in Afghanistan and from time to time impossible to pass through Iran. Travelling the Silk Road today is tricky for the long and arduous road itself. You are, after all, journeying a considerable part of the globe and having to handle the bureacracy of the many countries you will have to pass is a trick in itself.

In a way, Marco Polo had it easier. The Mongols may have been feared by the Christian leaders of Europe, but for smooth traders like Marco and his elder venetian relatives they were no difficulty. The same Mongol empire ruling most of the Silk Road area rather made things easier once the Polos had befriended the great khan. The Polo family even acted as ambassadors for the khan of the Mongols to the Pope, and vice versa, representing the Pope at the court of the khan.

The curious thing about Marco Polo and his book are its many riddles which have kept historians and adventurers going for a long time. Marco recorded his route and his impressions of countries and cities, but he also recorded the many stories and legends told to him along the way. I had the opportunity to investigate some of them, which I will return to.

I followed Marco Polos Silk Road route through Turkey, visiting the lost city of Ayas, spent three weeks tracing his roads in Iran which turned out a very hospitable country to me and where I managed to see Shiraz, Persepolis and the holy city of Meshed. In Afghanistan I stayed with a mujahedin guerilla fraction in Herat before flying to Pakistan and going by the ruff Karakorum highway across the Himalayas to Kashgar in the Taklamakan desert area of western China. I visited the famous Dunhuang caves by the desert and rode steam trains through northern China to Beijing. 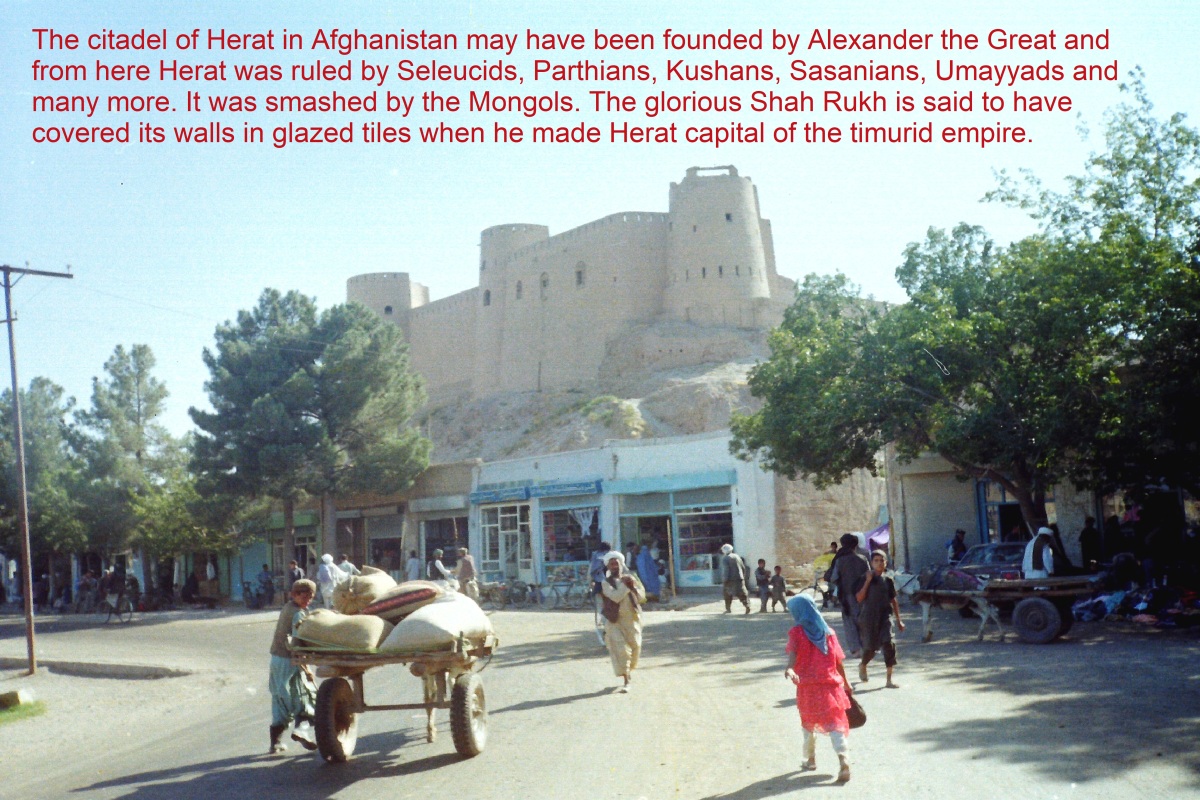 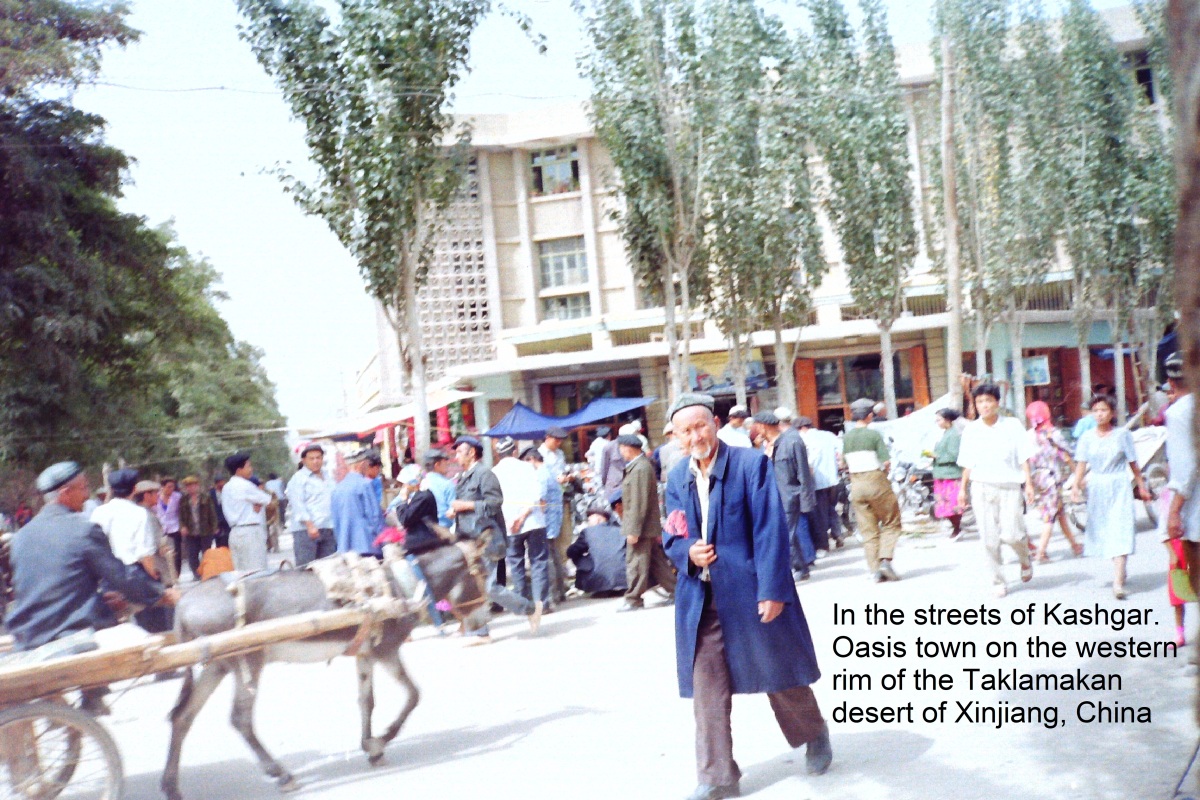 One thought on “The Silk Road with Marco Polo”

Historynaut is a site on historical travel with travel tips, information and a blog.