The spectacular ancient fortress-town of Bam, just south of Kerman in Iran, is a majestic sight. An impressive citadel, large living quarters and a range of buildings such as a bazaar, a caravanserai and several Mosques were encircled by a gigantic defence wall with a moat. The site is UNESCO world heritage and was miserably destroyed by a terrible 2003 earthquake.

Previously unaware of it, I was driven to Bam in a car by two men I randomly met in Yazd and who wanted to show me hospitality and the local sights. The only tourist in the whole amazing complex, it totally blew my mind. Spending a day walking its deserted medieval streets and climbing around in the citadel is a top memory from Iran. 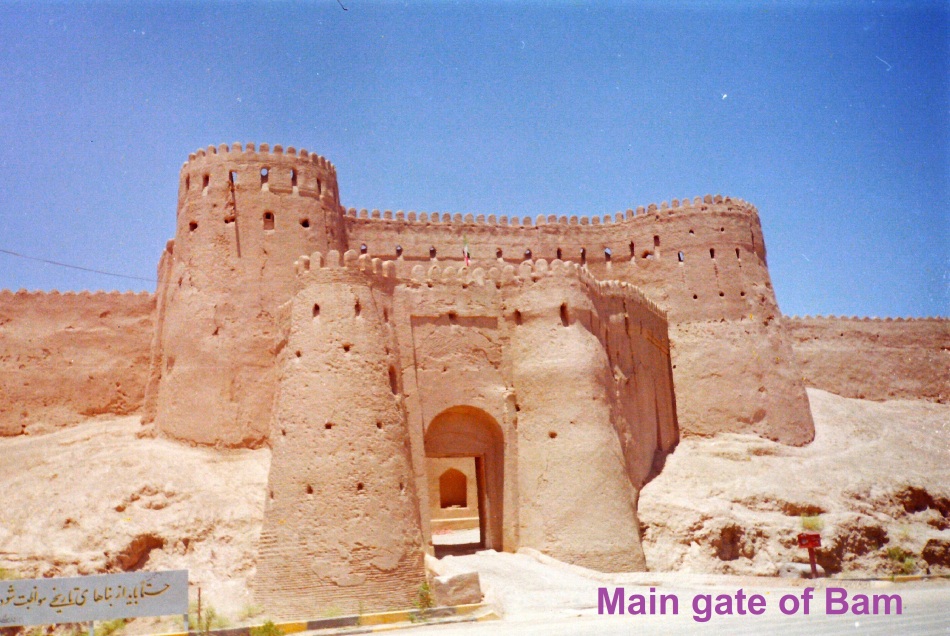 The history of the oasis town of Bam, surrounded by date palm groves and then miles and miles of desert, goes back more than 2 000 years. The essential parts of the fortified city were in place already during Parthian times, though most of the structures visible now have been constantly developed until the 16th and 17th centuries. Medieval Bam may have housed about 10 000 people. The oasis city lay on a branch of the Silk Road and prospered from trade and textile manufacture.

In the 18th and 19th centuries it was gradually abandoned, finally serving just as a military barracks but totally deserted by the 1930s. In the late 20th century restorations began and it was developed into a tourist site and a common image on Iran travel agency posters. When a major earthquake struck the region in 2003, killing tens of thousands of residents of modern Bam next by, the ancient city and citadel were also laid to waste.

Post-earthquake images show terrible devastation, but Bam is rising from the desert sands once again and in 2018 the highest platforms of the citadel were opened for visitors just as before.