The ancient Silk Road town of Herat, “the pearl of Khorasan”, was historically known for its beauty and amazing historical landmarks from the Timurid Renaissance. In later years this war torn third largest city of Afghanistan has been trying to recover from decades of conflict.

Khorasan is Persian and literarily means “sunrise”. That is because the sun rises in the east and Khorasan was the major eastern region of the Persian empires of classical times. Herat, a major centre of art and learning famed for its prosperity and beauty in the Middle Ages, was rightly named a pearl of Khorasan by one of its most famous sons, the legendary poet Rumi whose grave is still preserved in the city. 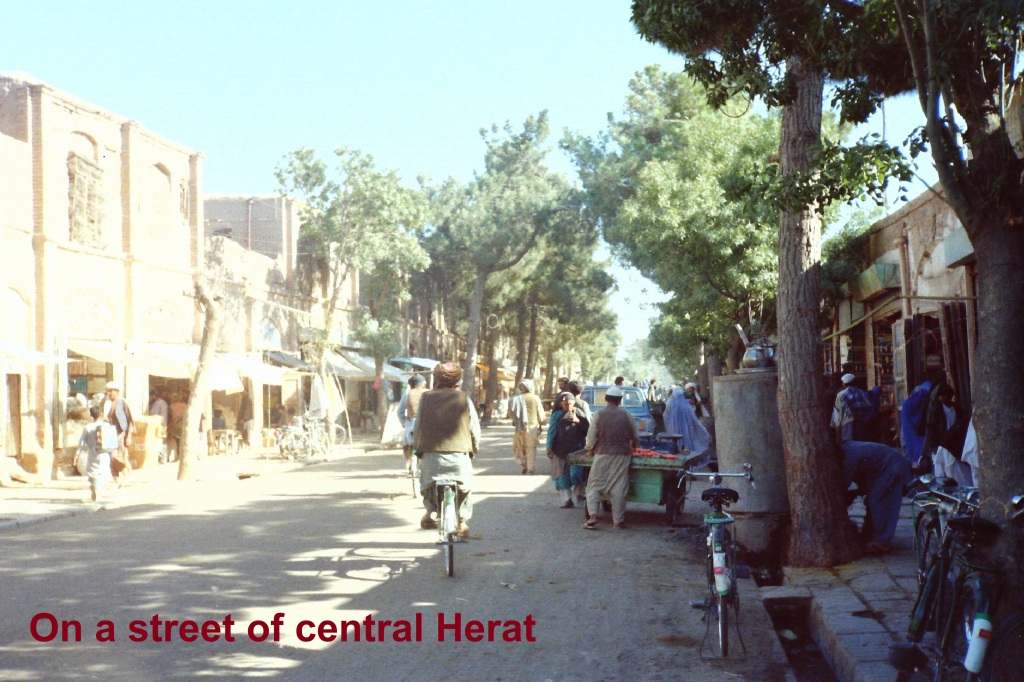 What I remember best from visiting Herat 25 years ago, spending a few days with the Mujahedin fraction controlling the city and having some time seeing its sights, is the clear, high air, the strange pine tree-lined avenues of its centre and the marks of war in the faces and behaviour of people. They had just defeated the Soviet invaders but at a terrible cost.

Herat lies on a key historical gateway between Central Asia and the Persian mainland to the west. The army of Alexander the great passed here and later it became a major node on the Silk Road. Most Persian and central Asian empires of old conquered it, a few of them razing it to the ground. It was battered and torn down several times but always rose again. Its golden age was the Middle Ages before being sacked by the Mongols and then a later period as imperial capital of the Timurids who were great patrons of art and science.

Herat is a very likable city. Despite having endured military conflict, looting, and earthquakes, it has a lot to offer the historical traveller.

Citadel
Just as the city, the citadel of Herat has been built up and torn down many times. Said to have been first established by Alexander, it has been the quarter of countless armies over more than 2 000 years. After decades of neglect it was thoroughly restored in 2006-2011 and is an impressive sight today though perhaps a bit over-restored.

Friday Mosque
I couldn’t get into the citadel in 1993 since it was in military use, but was left thoroughly in awe by the Friday Mosque of Herat: a famous accomplishment of Timurid architects, a great place for reflection and a feast of stunning glazed tile-decorated iwans and arcades. If you get there don’t miss the craftsmen’s workshop where they make wonderful tiles for the never-ending restoration.

Tomb of Jami
The poet and scholar Jami (Nur ad-Dīn Abd ar-Rahmān Jāmī) was born in present Afghanistan in 1414 and moved to Herat with his parents when very young. He lived and learned here, becoming a celebrated star of the Timurid Renaissance. Jami studied at the local university and held a position at the Timurid imperial court. Jami travelled around but returned to Herat where he died, probably in 1492, and received a stately funeral being buried in the northern part of the present city. The tomb is modest with a finely carved headstone and lies under a tree inside an enclosure. 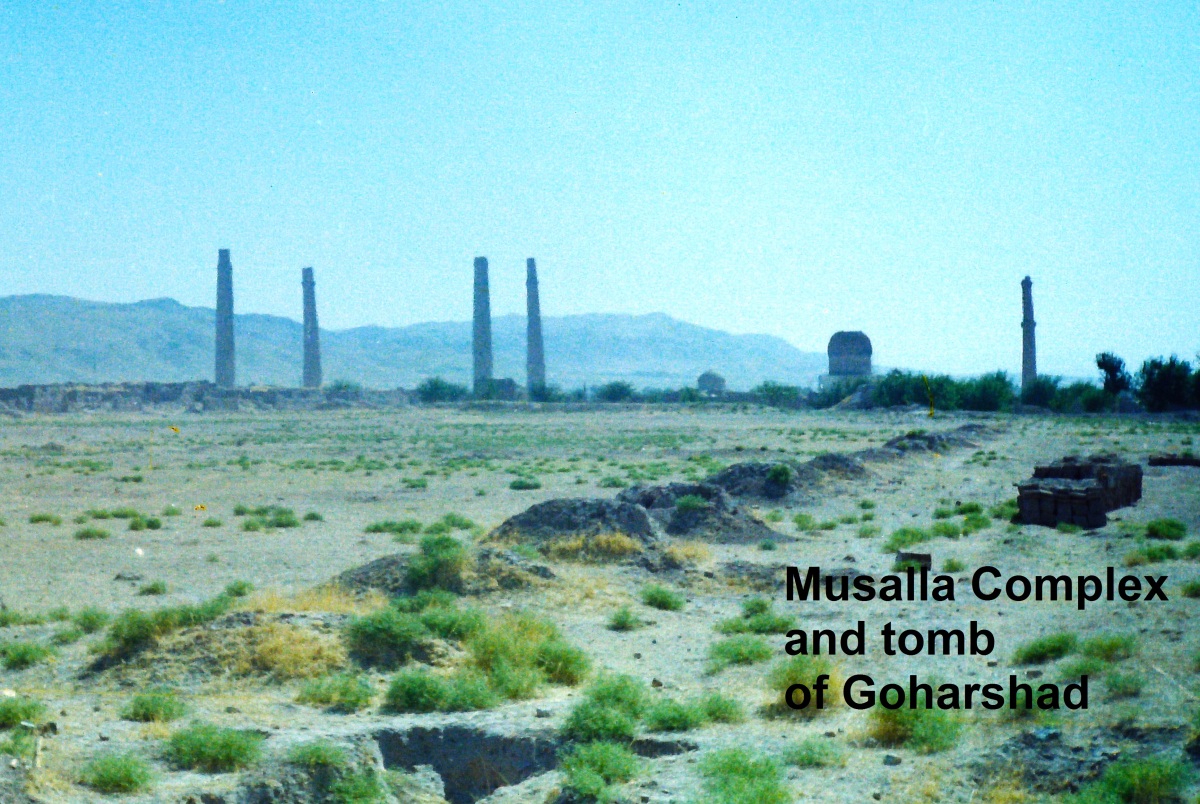 The musalla complex was commissioned by Goharshad Begum. She ruled the Timurid empire from Herat in the 15th century first together with Shah Rukh, the son of Tamerlane, and after his death by herself. Goharshad is entombed in the largest domed mausoleum still preserved at the site.

The musalla complex should have been world heritage by now and one of the most important historical, architectural and religious sites of all. But the complex was severely damaged by earthquakes and the grand ruins then miserably destroyed by the British army with dynamite in 1885. They blew it up to create a clear line of fire for cannons directed at the assault route of a Russian army that never came. Prints from the late 19th century before the dynamite show the remains of amazing buildings now lost forever.

Herat, the magnificent pearl of Khorasan, will no doubt return again to economic and cultural prosperity when the sun rises again over Afghanistan.

Historynaut is a site on historical travel with travel tips, information and a blog.